You know, I think I should check my gauge more often when knitting shawls. I pretty much never bother to because gauge isn’t as critical with those items as it can be for something that has to fit the body like a sweater. Or socks, mitts, gloves, hats… Basically anything you don’t wrap around yourself. It’s just that I get to a point where I’m a bit tired of mini shawls that are fine as a neck wrap thing but don’t really function to keep my shoulders warm in, say, a drafty restaurant situation. 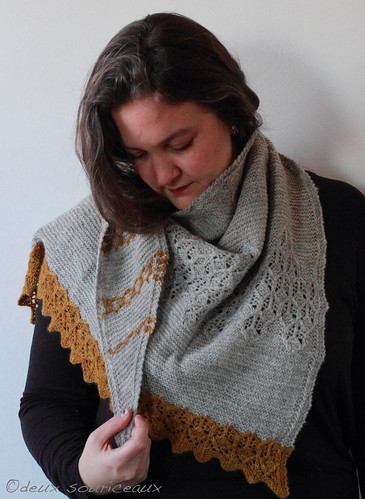 And this one, the third pattern and yarn set from the 2018 Ysolda Teague club, ended up a little smaller than I like. I appreciate that it doesn’t get bulky when worn with a coat but I can’t get it to cover both my shoulders. And, looking at other projects, I can see that some of them are bigger than mine. (Sorry, it’s a little rumpled from sitting folded.) 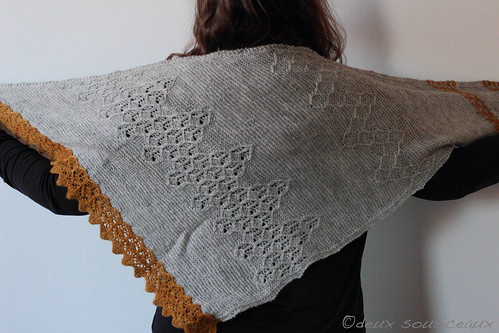 Maybe I could block it even bigger though I thought I had it stretched out as much as possible.

Otherwise, it was a beautiful knit. I love the different textures and the colorwork. Yellow is not my color though. Especially that yellow. Thankfully, there isn’t that much of it so I can wear it without looking like death. Only orange hates me more than those very warm yellows.

It took me way longer than I thought it would to get it done. I just lost the energy for it partway through. I’m thinking it’s because you start with that yellow edging and reduce to the end point. The rows were so long. 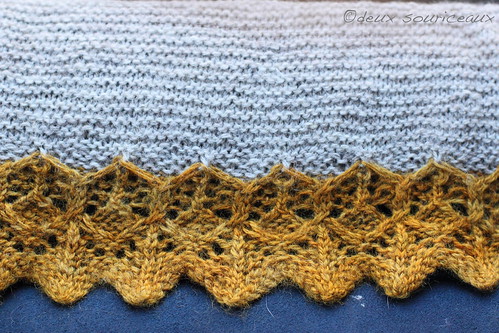 And then, there was that cable and lace bit that required attention that I didn’t always have to give. I screwed up some of the cables at the beginning. I remember thinking they weren’t designed right. I should not have underestimated Ysolda. I was supposed to do them exactly like I thought they should be done. A very fiddly three piece cable. 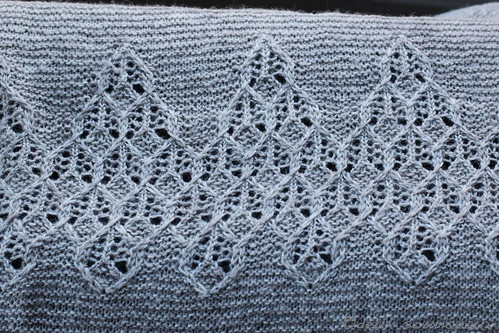 I did not rip back. Bet you can’t tell where the cables are wrong. I have to look very hard myself and I know what to look for!

After that section, I was a little wary of the second cable section. And I didn’t touch it for a while. Oh! My stitch count was off by one. Actually, that was an issue with the pattern, not the knitter. So I had to adapt the end of the rows to make it work. 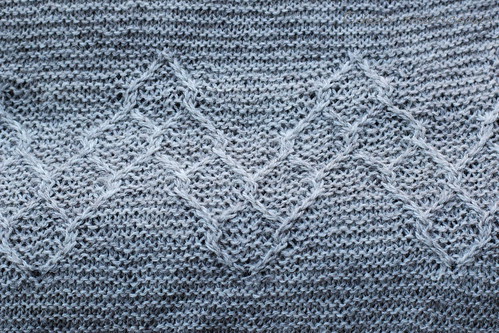 Then, I added two rows to the next garter section to bring my stitch count down. Could I have done it before and not had to fudge that whole cable section? Of course! But I didn’t. I can’t even say why. 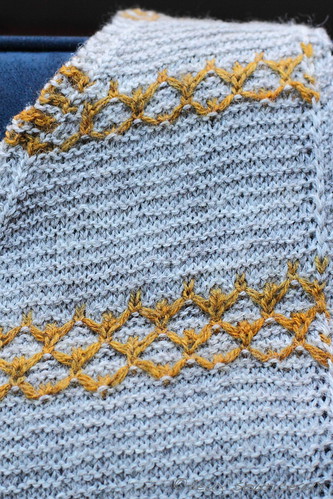 I finished fast after that. The rows were much shorter and the end was in sight. Pretty, right?

I have too many shawl things now. 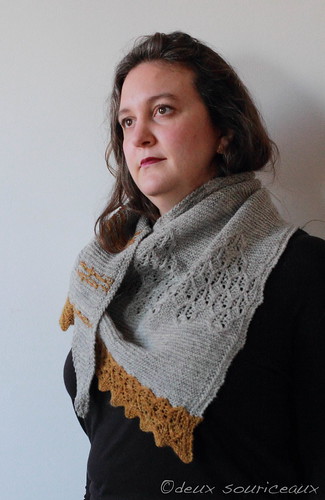 I’m knitting another one. 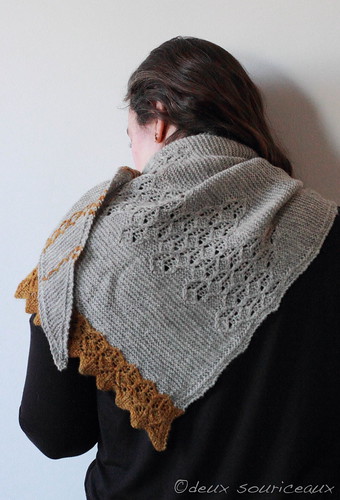