The girls and I were M’s support crew for his half marathon yesterday. That is, we were at the 5k marker to collect his beanie and fleece jacket and then we were there at the end to give them back. I took my camera with me, macro lens on, in the hopes of finding some little signs of Spring. Nope. Not a single bud, not a single crocus. I’ll admit it was windy and I was cold so I didn’t have much motivation. I ended up in the apartment looking for a subject.

And there was the cat, lying in a sunbeam on my bed. I’ve tried to get close ups of her eyes before with very little success. Managed to get something better this time. 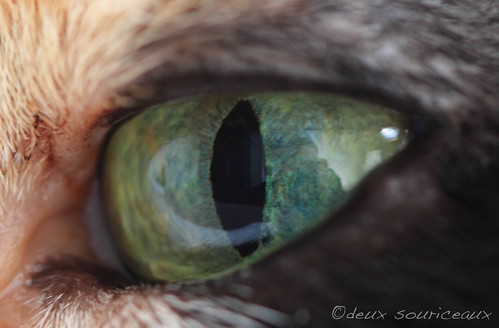 She isn’t very cooperative and all my pictures ended up taken at an angle. Though it turns out that may have been for the best…

Since I’d gotten the cat’s eye, I tried to get all the eyes (except mine). Since my family tends to be more cooperative than the cat (surprising, I know), I got all the pictures from the front. And in almost each one of them, I can see myself and the sometimes the whole room reflected to the point of distraction. I kept the ones where I showed up the least. 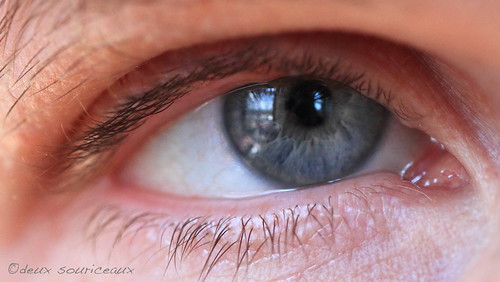 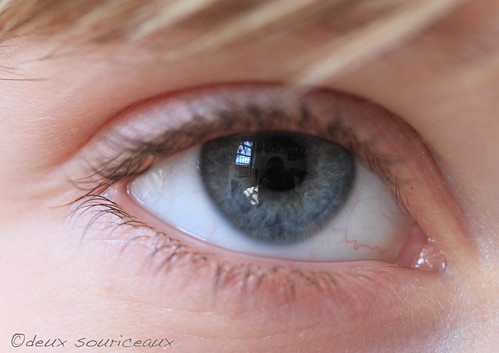 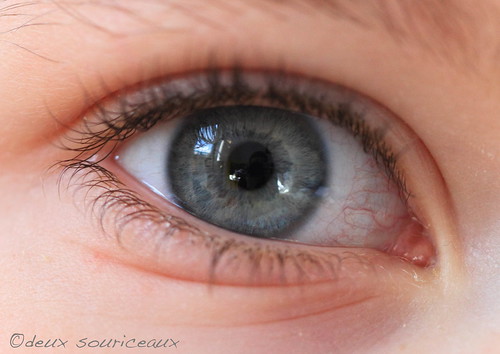 (The order is M, E, and finally V. All right eyes. Don’t try to compare the colors because they weren’t all in the exact same lighting conditions. So M’s eyes appear darker than they are. In real life, E’s eyes are pretty much the same color as the picture. M’s eyes are quite a bit lighter and the blue is a little greener compared to E’s. And V’s eye color is in between the two of them.)

After the pictures, V was reorganizing some of her rocks in a box and they caught my eye. I love this shiny multicolored one. 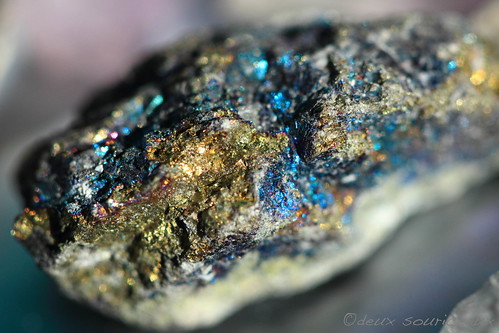 And finally, I love a boopable pink cat nose… 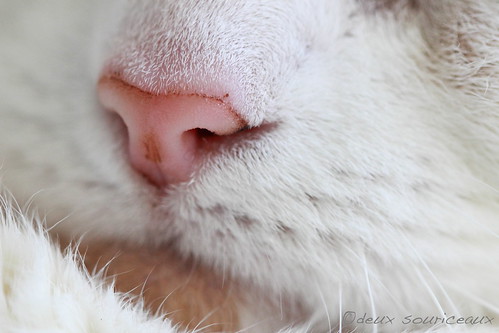