I felt like taking pictures of flowers, that’s all. They always surprise me. I had the girls tell me which flowers they liked best at the grocery store. And then I ignored their choices and went with peonies. They have such a pretty texture with all those petals. The white ones I chose have that little bit of pink in the center that makes them interesting. I realized after buying them that I’ve chosen the exact same kind of peonies for pictures before. But they’re such a great canvas for playing with light and texture!

I took my vase to the sunny side of the apartment. Afternoon light. There was a patch of light on the floor, smaller than the vase so I couldn’t get all the flowers in it. I started with leaving them in the open shade. 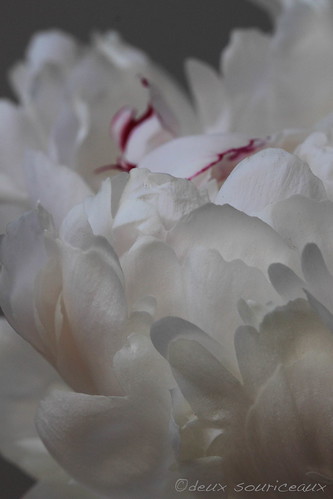 Then, I moved them to the patch of light and played with light and shadow. 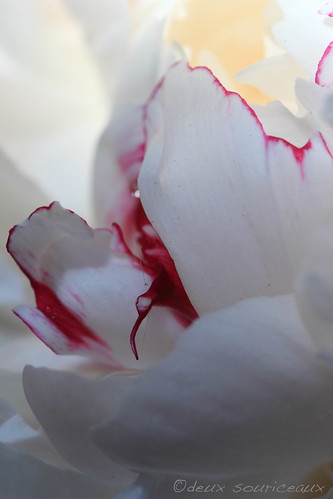 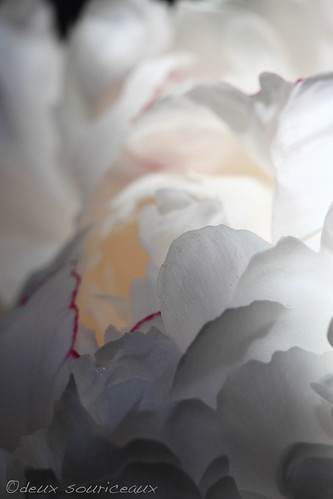 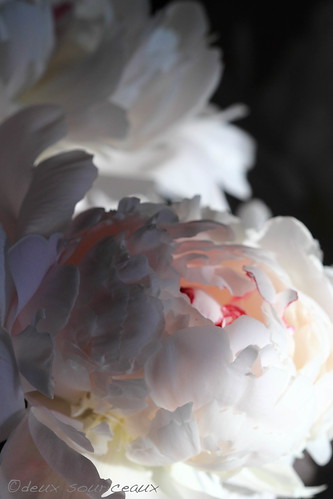 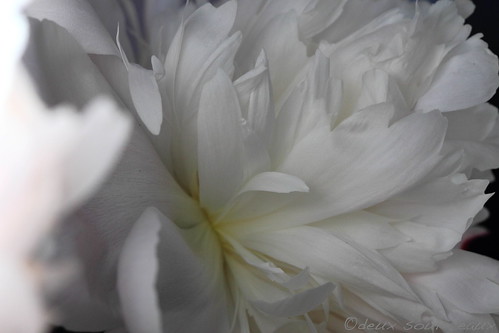 I’m always astonished when I see what the camera sees compared to what I see. The contrasts are always more marked. I think maybe the human eye and brain move around and adjust so fast to differences in lighting that we end up with a more uniform light in the image the brain produces. The camera can’t do that. I feel like the camera shows me the world as is better than my own brain! 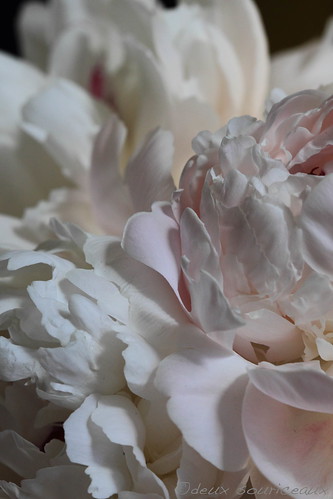