I usually do portraits of the girls with their dad on Father’s Day. But yesterday, we were all too exhausted for it. See, we got up very early to get breakfast going while M was out for his long Sunday run (training for the marathon so that run is actually 3 hours long). V made fruit salad, E made eggs, and I made piadina stuffed two ways.

After that, M wanted to go bike riding down to the ferry. A test run to see if the girls had it in them to get to Governors Island for some cycling there. He bribed them with a stop at the Brooklyn Cat Café on the way back. To be perfectly honest, I thought getting back home would be hard. I can remember a few intense uphill walks… It turns out the bike paths take less steep ways. V did an awesome job on the steepest climb we had. She was struggling because her bike was on the third speed (she hasn’t gotten the hang of downshifting yet). She had to stop, M took her down to the first speed and she peddled up. Uphill from a dead stop. Girl has strong legs. Anyway, the ride went well and was actually less tiring than two loops around Prospect Park. Sunday meant not too much traffic and drivers were actually very courteous. Twice, a driver felt that they couldn’t pass us safely and they just slowed down behind us. No honking at all. All in all, a very successful ride!

But we were all tired when we got home and we skipped pictures. So beach pictures from our outing at Riis Park Saturday instead. Last time we were there, we were in the section without lifeguards. This time, the girls wanted to get in the water so we went closer to the boardwalk. 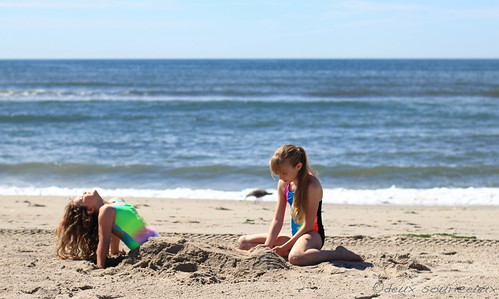 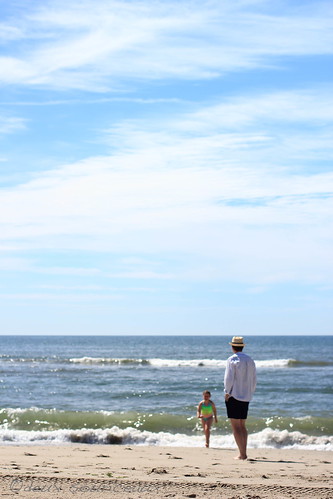 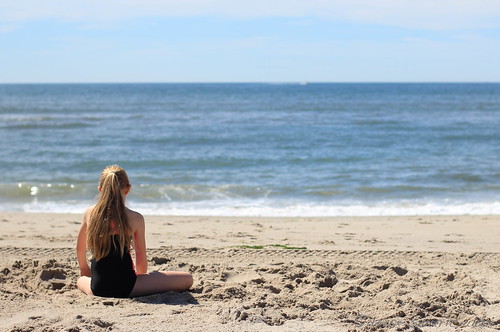 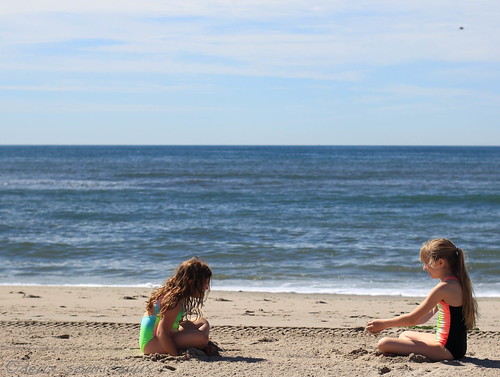 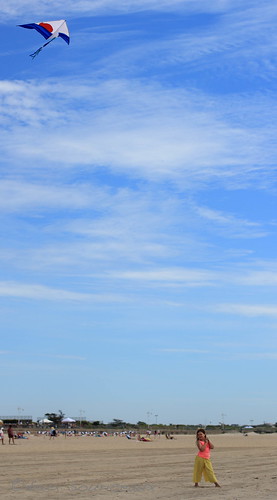