If you ask the girls, they’ll probably tell you that their favorite part of our travels is the beach. They tend to groan when we take them to see “old stuff”. Even if we try to make it fun for them. On our second day in Rhodes the island, we went to Rhodes the town. Specifically, the old town. And this is where I’m always stumped as to how to make it fun for the girls. For as long as I can remember, I’ve loved visiting old towns. Give me a cobblestone street and I’m happy. Ruins fascinated me even as a child. My imagination would awaken and keep me occupied. Explore side streets and alleys? Yes, please! 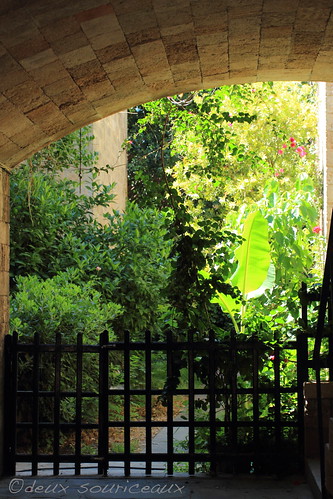 So we walked and the girls complained about the heat. 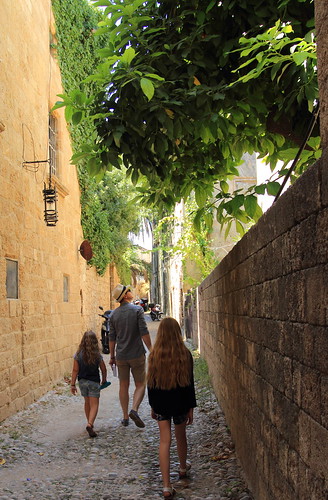 We reached a palace that we could visit and the girls and M wanted to visit so we went in. The ground floor had mostly artefacts but then we went to the second floor and V lit up. Rooms that people lived in. Apparently, that’s her jam. She wanted to see where people ate, slept, etc. (It’s not my jam though so not a whole lot of pictures.) 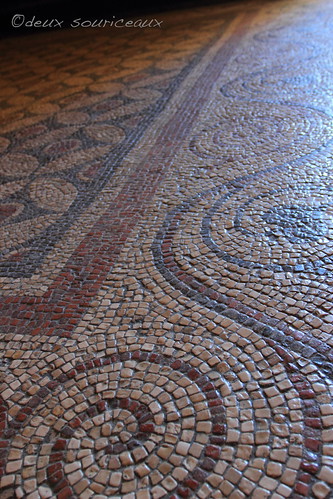 Some more walking and eating. Eating helps stop the complaining, especially since they get to have drinks we don’t usually let them have at home. 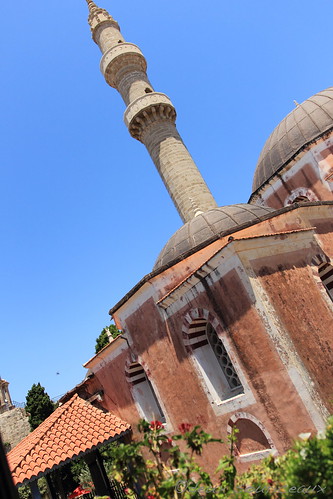 And then, the Archeological Museum of Rhodes. All I knew of it was that it’s a must see and that it’s in the hospital of the Knights of Saint John. 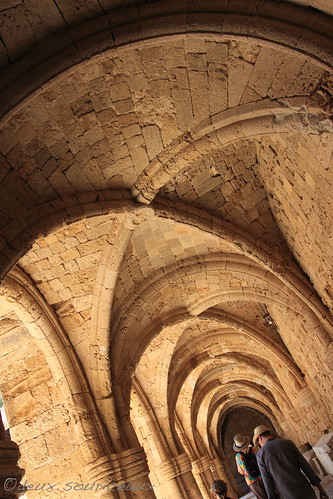 We walked around and reached a garden sort of area. And that mix of ruins, artefacts, and nature! I was in heaven. 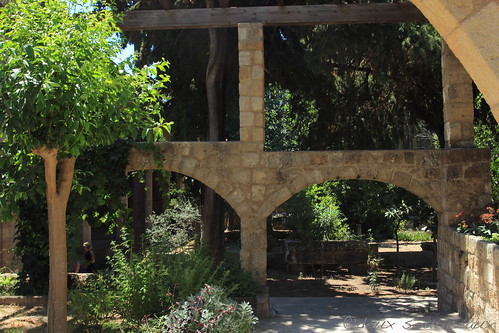 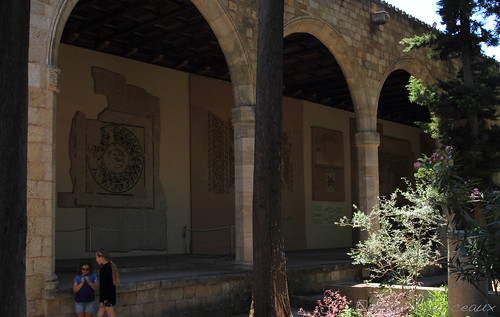 (I think the girls are arguing here. Or rather, V is studiously ignoring what her sister is saying.)

I mean, look at that! And Rhodes has been in the hands of different peoples so many times (Roman, Byzantine, Ottoman, Italian…) and there’s still a little bit of each. So fascinating! 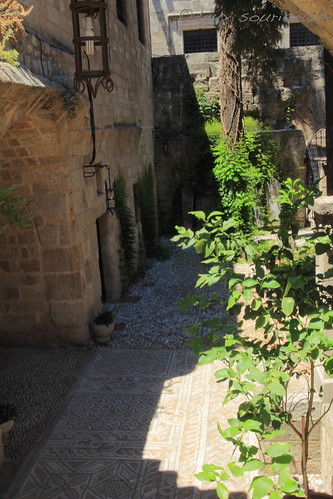 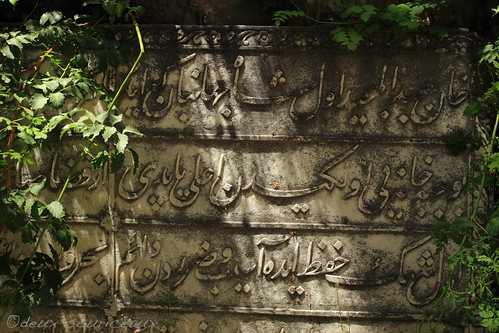 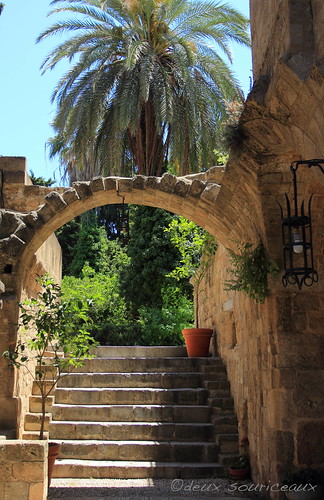 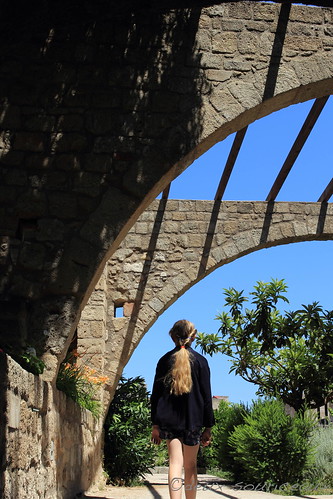 After this museum, the girls were pretty much done. We did some shopping. I was looking for a specific store that was supposed to carry art by local artists and artisans but it had closed. We found another shop nearby that carried art by a variety of Greek artists and artisans though. There would have been more to see but like I said, the girls were just over it so we went back to Lindos.

Two days later, we went on another outing. This one, if it worked out as planned, I knew the girls would enjoy. We went to Petaloudes, Valley of butterflies. We were right in the middle of butterfly season but I didn’t know whether we would see many. Turns out, there was no need to worry. The butterflies were literally everywhere.

First, a couple close ups so you can see what they looked like. I was smart enough to bring my macro lens… 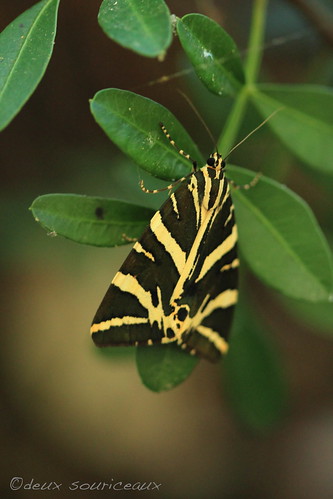 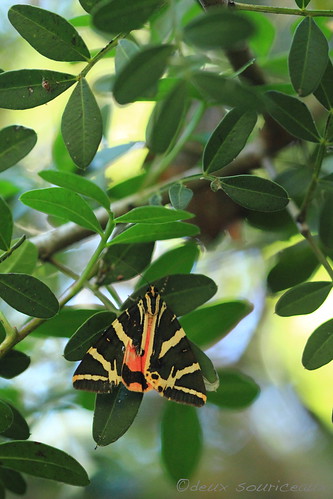 They have beautiful orange wings when they fly but you couldn’t see them much when they were resting. And they covered trees, rocks, everything… 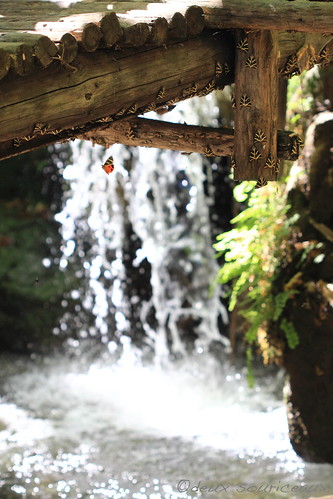 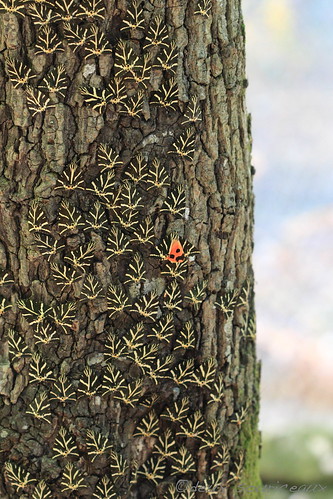 Oh, bonus creature. A salamander, maybe? It was so cute. 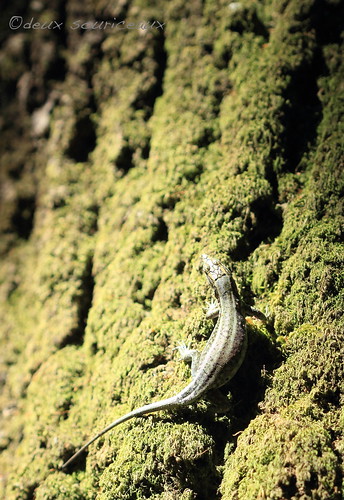 And that’s Rhodes! Next up will be Santorini.