The grocery store closest to me has flowers outside. Technically, I don’t think the shop is actually part of the grocery store because we have to pay outside. But the bouquets are all lined up right outside on their wall. I think a lot of their flowers must be imported, probably the kind that’s produced with loads of harmful pesticides. But they also have gorgeous little bouquets of seasonal flowers that may have been grown locally. I prefer getting my flowers at the farmers’ market but when I miss it, I’ll get them there. This past week, they’ve had these Summer bouquets that I’ve been admiring. So when I was hit by a flower photography bug, I went and bought one.

There were two sunflowers, two or three curly red ones, and lots of little purple and white puffy flower things. I’ve had those curly red things before and the texture is so fascinating but so hard to capture. And I actually got a shot I liked! 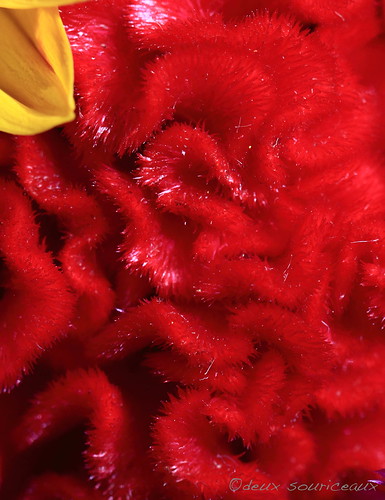 I did do a lot of work on it in the post process to get it to show up right. Contrast was bumped up high and I set the white balance to tungsten. It’s so weird because I took the picture in full Sun so the tungsten should give me a major blue cast. But somehow, all it did was tone down the red to make the shadows stand out more.

The other flowers didn’t need me to mess with the white balance. 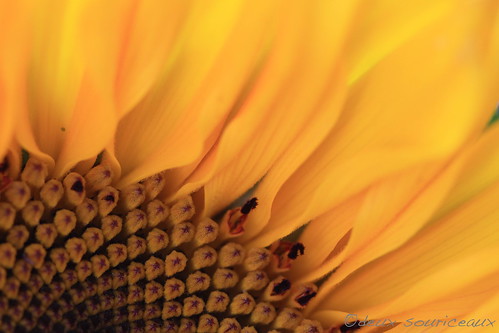 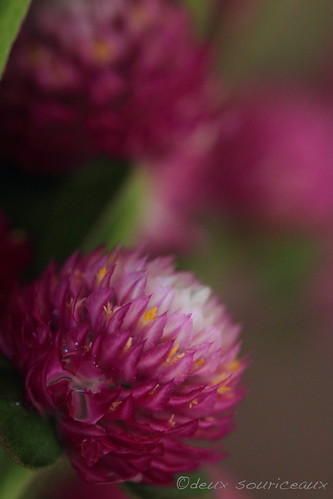 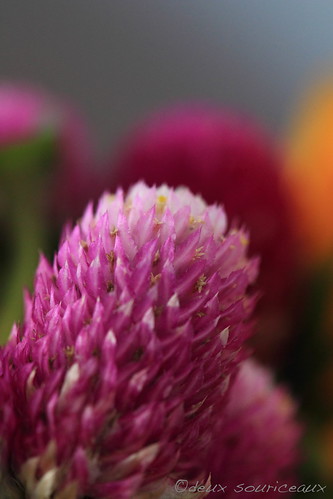 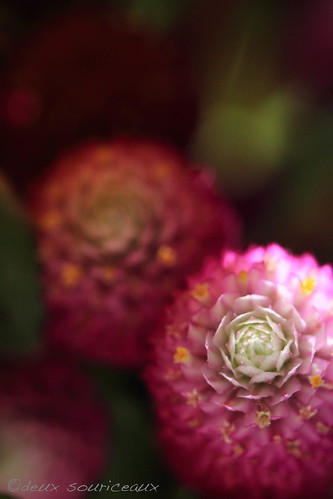