I went through a short blitz of sewing tops for the girls while they were at camp, hoping to finish up some stashed fabric. (Spoiler alert: I didn’t.) They each got 2. One of them was the T-shirt V is wearing. It’s Jalie 3245,made from some leftover fabric. The flowered one is a Liberty of London jersey and it’s delightful. It hits that sweet spot of light and fluid yet sturdy and easy to sew. The other stuff, ummm, tencel or bamboo jersey I think, while a decent fabric, just can’t compare. 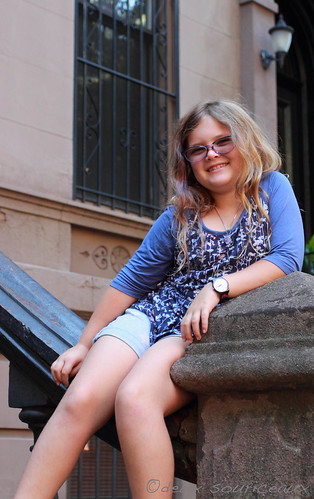 I’d originally planned to give this T-shirt to E because she’s the one who had chosen this jersey in London. But when the girls got home, they fought over it. I had enough fabric to make a second one, reversing the fabrics, so I offered to make one for V. But she wanted that one. So E got the T-shirt that I’d planned on giving to V and I promised to make her the reversed fabric one. (Not a hard sell. E was smart enough to realize that it meant 3 tops for her if she just accepted the reversed baseball T.) 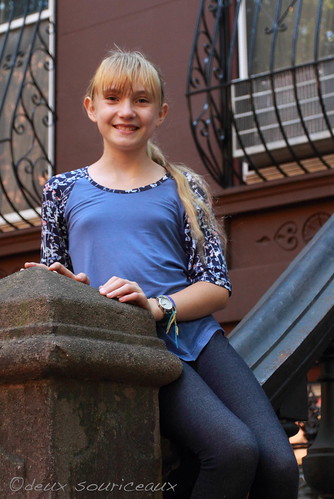 And that’s how we ended up with two twin T-shirts. Fun fact: I made the same size for both girls in the Jalie line, making the exchanges much easier. E is a tiny, thin slip of a thing while V has more meat on her bones. They have pretty much the same chest size. I was looking at Gap sizing charts online because buying RTW pants has been beastly with both girls this Summer. It turns out V fits perfectly in their regular size chart whereas E fits perfectly in their slim size chart. 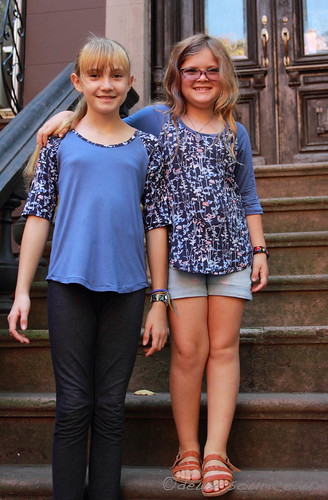 You can see the T-shirt is shorter on E but it isn’t too short. And not too long on V. Gotta love a pattern that can hit the sweet spot like that. (You can also see the difference in quality between the two fabrics.) 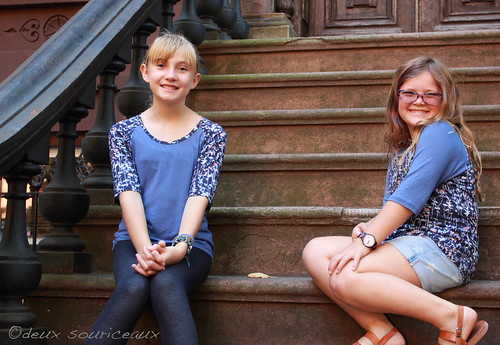 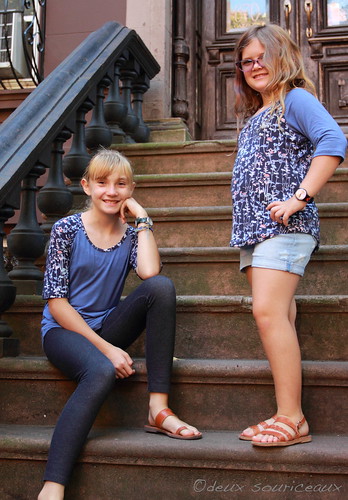 I could probably have made the sleeves longer for E though. They’re supposed to hit lower, like on V’s top. At least, it isn’t a length where it matters. So she has 1/2 sleeves instead of 3/4. Whatever.

I confess I haven’t gotten around to taking pictures of all the tops yet. Hopefully, I can get a few more pictures this weekend.