We’ve been going to the same spot for apple picking these past 3 or 4 years. Afterwards, we go have lunch in Princeton and have a walk around before heading home. It’s a nice outing out of the city. Huh, maybe next year I can take pictures of the town instead of the apple picking… We always pick Empire apples because they’re my favorite. Okay for baking but awesome for eating raw, crunchy, juicy, and the perfect mix of sweet and tart for us. And then we pick another kind for baking. Jonathan this year.

The girls argued over who would have the Empire apples in her bag. No, I don’t get it either. I mean, both bags are going to be filled and neither of them will carry a full bag so… But whatever. They argued. M settled it with a game of rock, paper, scissors. This child lost. 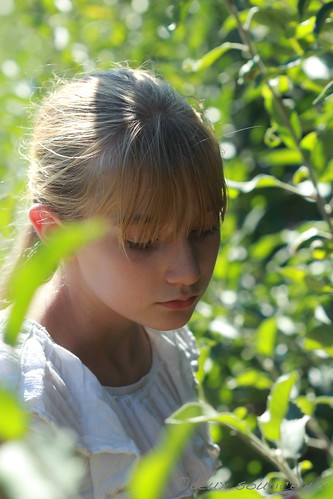 (But she has a very cute moody face.) And this child won. 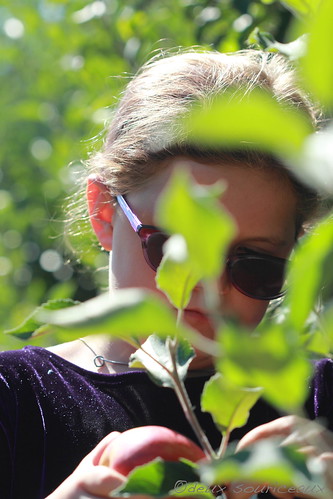 Apples were picked. And photographed. 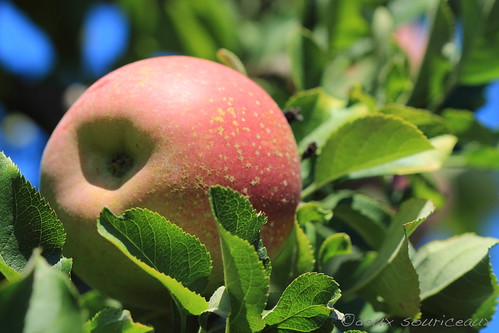 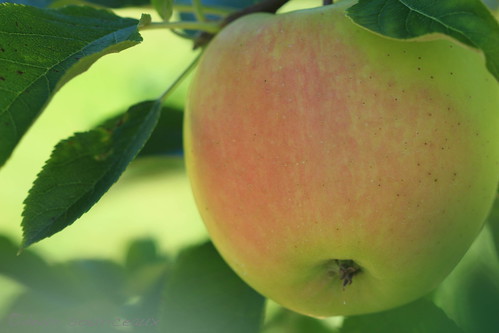 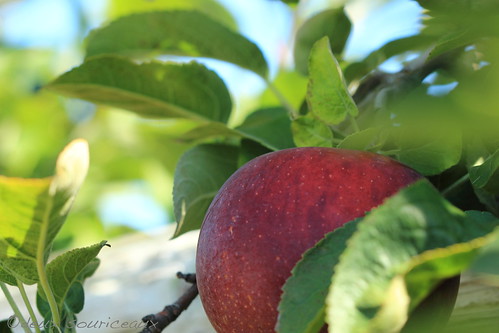 And I saw a praying mantis!!! 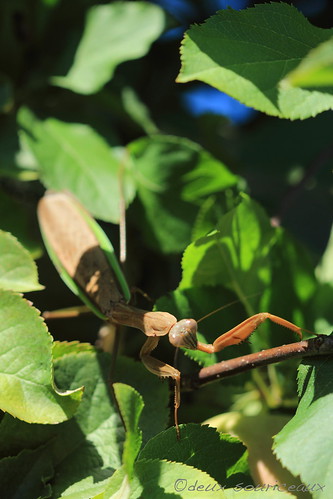 It was so much bigger than I imagined. It was at least 10cm long and I was very happy for my macro lens allowing me to get a picture while keeping my distance… I may be excited about seeing my first praying mantis in the wild but I have no desire to get close. But how cool!