This weekly photography thing can be tiring sometimes. I keep at it because that’s how you get better but some weeks, I have no inspiration whatsoever. This was one of those weeks. After Saturday’s pizza challenge, I had nothing left. I’d actually thought of bringing my camera along to the challenge but wisely decided against it. It was exhausting!

So yesterday, I had no idea. We went out to buy a few things and I took my camera with the 50mm lens. It’s been a while since I’ve used it even though I like it a lot. I got the girls to wear T-shirts I sewed so I could get those pictures at the same time as some portraits. After the shopping was done, we went to Prospect Park. The leaves have barely started changing color. 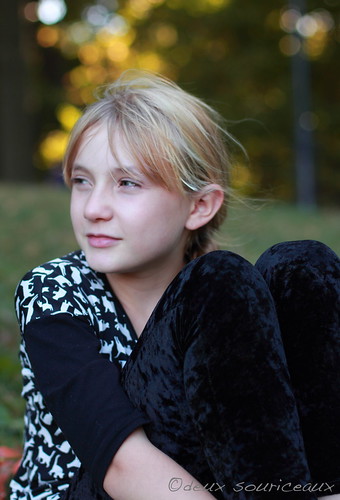 E was in a playful mood. She snuck up on her sister to attack her from behind. V did not react happily. E may have gotten clawed… 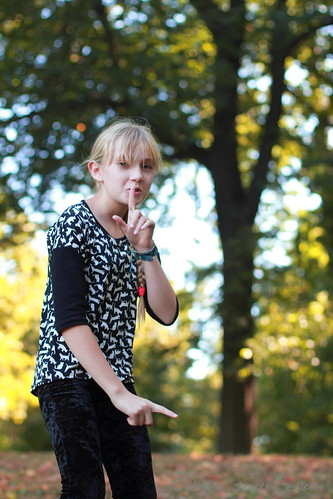 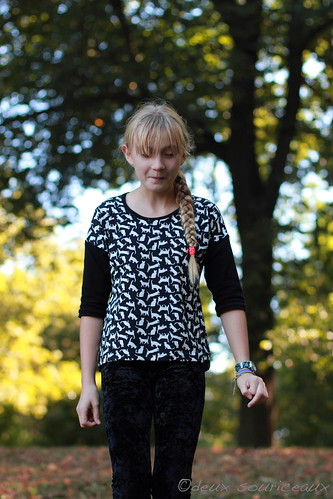 I could not get V to stop reading. She got the new Raina Telgemeier book and would not put it down! I only managed to get her for a few minutes to take pictures of the T-shirt. Otherwise, all book reading child. 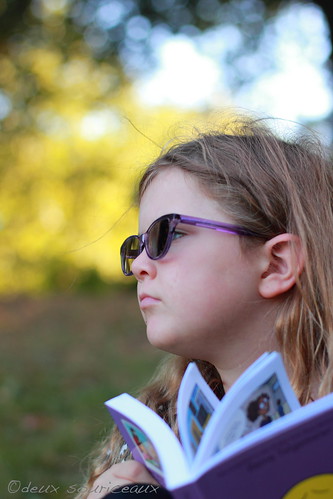 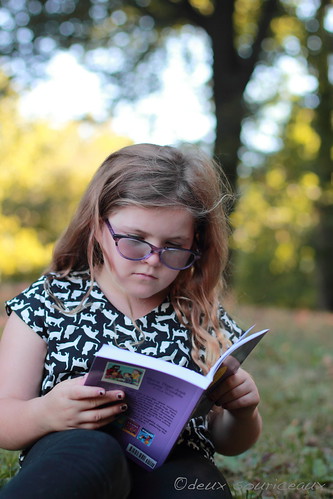 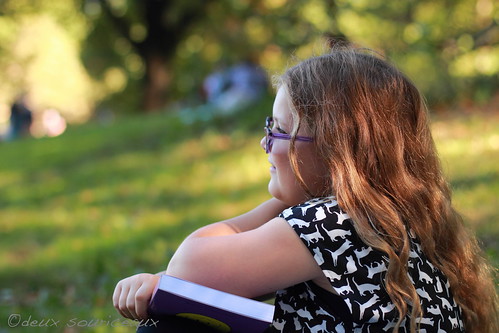 I had to take one of M. I’d planned on doing all black and white pictures but how could I not have those beautiful blue eyes turned grey? 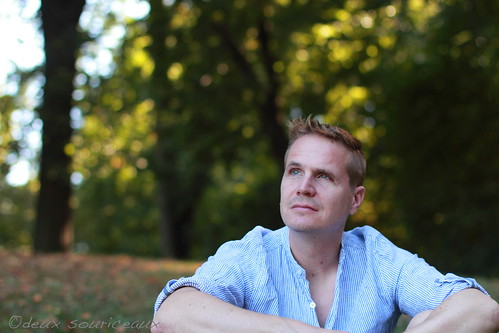 And then, I messed around taking pictures of the grass because I had no book to read. 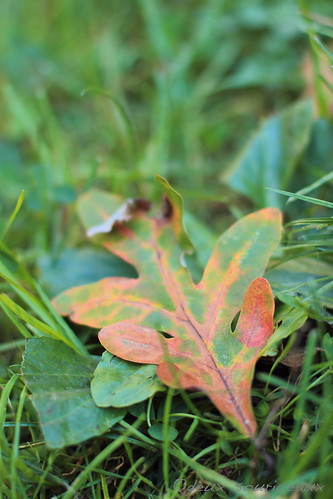 I’d forgotten how a shallow depth of field makes the ground look so much less busy. Must play with this some more…