I’ve been meaning to buy flowers for weeks. There were these gorgeous mini pumpkin things on branches but they were gone by the time I went to buy some. So I went to the market to find something Halloween-ish. There were beautiful bouquets that were not at all what I was looking for. And there was this. I think it’s amaranth. They had one that had yellow-orange flowers and green leaves and this one. I loved the dark monochromatic look of it. It isn’t mini pumpkins but I think it has a good Halloween vibe. Besides, V approves. 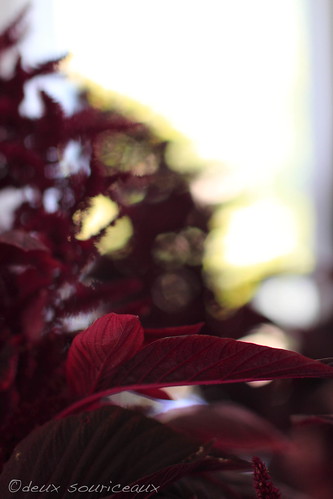 I was looking at the branches though and wondering what kind of picture I could get out of it. It’s dark so the camera wants longer exposures. It’s also very busy so it can all become quite the mess, just like a wooded area. My lens (the 50mm one) was still set to its widest aperture. I took a few pictures and tried narrowing it a little. Then, I tried the 100mm lens. Nope. The 50mm at its most open was still the best. 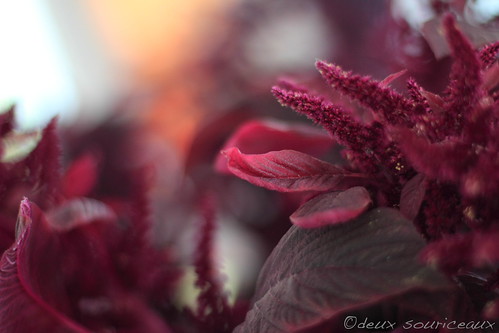 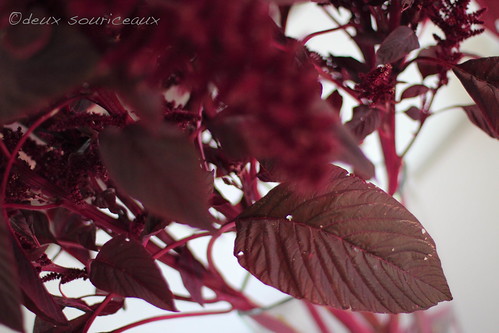 I leaned into the blurriness a bit here. I made sure to have a little bit of the plant really close to the lens. That’s I you got that jagged zone at the top. 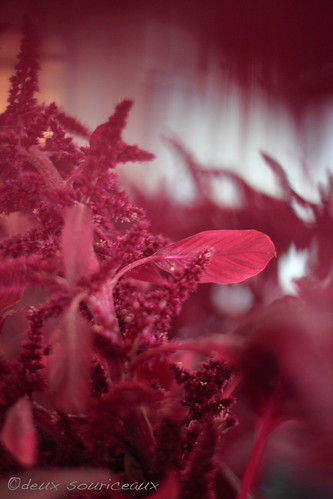 I’ve been having so much fun with this blurriness. I want to try it with some decorative squashes next but I think I’ll end up having to narrow the aperture to get something good. At the very least, it’ll be an interesting experiment. 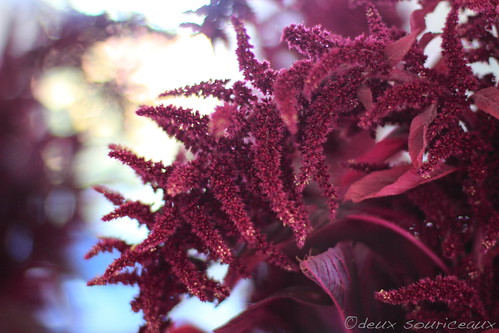