The last two tops! These were actually the first ones made but who’s keeping track, right?

This is my first try on the Bobbie V-neck. It’s made from the Liberty jersey that V chose. So it was supposed to be for her but E ended up with it. 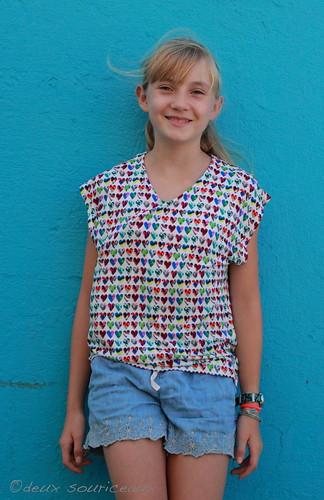 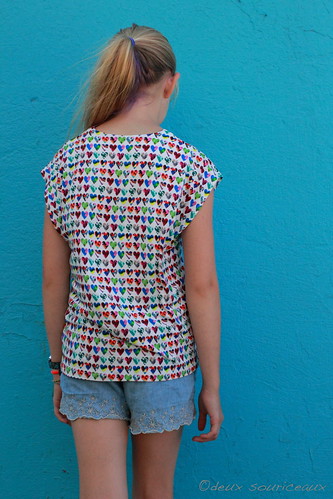 It’s perfect for her. She’s only just started wearing cropped camisole type undergarments and this top does such a great job of keeping them under wraps. 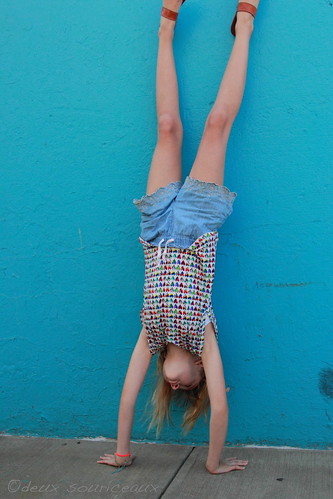 The second one is the Jalie 2682, made from some double brushed polyester I’m trying to finish up. It’s fine for what it is. Cozy, soft, pretty royal blue color. I’m just generally not a fan of synthetics for me. Unless they’re wicking, they tend to make me hot, cold, and sweaty at the same time. Just icky. But E doesn’t have that issue so the fabric works well for her. 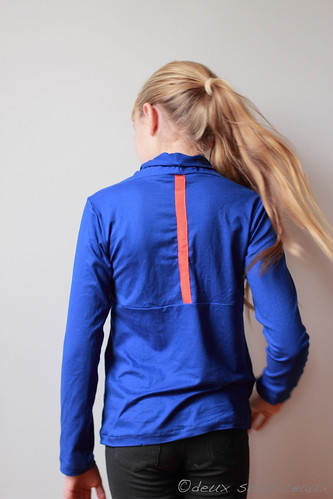 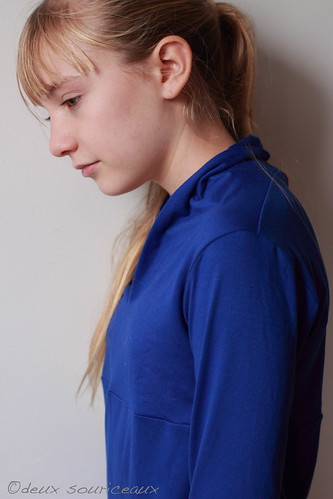 (That seam does go on the back. It isn’t a shoulder seam.)

I covered the back seam with orange grosgrain for fun. It makes an already sporty top look even sportier. E loves it but I think the depth of the V bothers her. During our quick photoshoot, I noticed she had it pulled back on her shoulders. When I pulled the top in place, she pointed out that you could just see the top of her cami peaking out. I have the same top and it isn’t too deep of a V on me but she seems a bit bothered. I might ask her to give me the top so I can close it up a little higher. It’ll be easy enough to hand stitch closed a little. 1/2″ should be plenty. 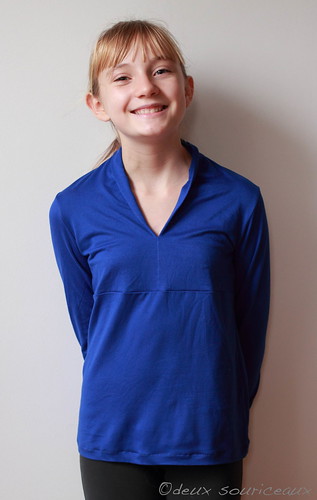 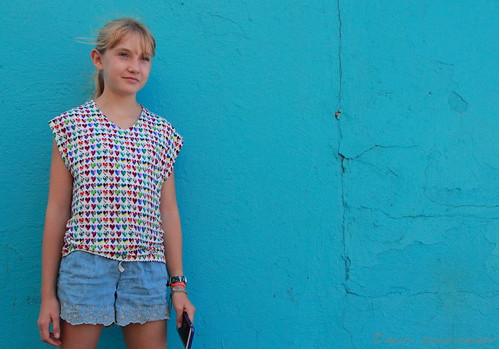