Home › Creating › Knitting › A Girl and a Cowl

A Girl and a Cowl

Posted on December 9, 2019 by deuxsouriceaux — 2 Comments

I’ve been having a such a hard time getting pictures of my makes. I was supposed to get pictures of my Rhinebeck shawl in Rhinebeck but M wasn’t feeling very well so we just hurried home. Since, I just haven’t had it in me to model anything. I did try once but the light wasn’t good. The pictures looked fine on the camera but were terrible on the computer. I just don’t enjoy being the model.

So this week, I decided to combine portrait and make photography. I’ve often used E as a model but the purple shades in this yarn made me think of V. She isn’t quite as patient a model as E, but she did give me some incredible smolder. 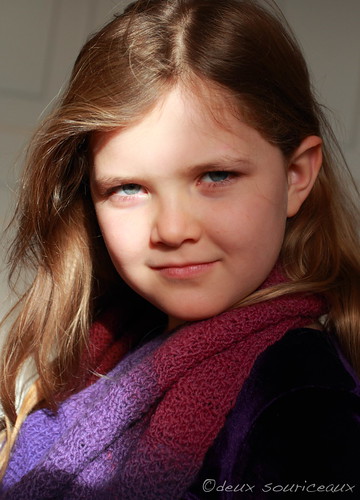 I mean, what is that intensity?

The cowl itself is the Ghazal Cowl. The yarn is my own handspun. From three years ago! To be honest, I’m not sure this was the best pattern for it. The stitch pattern is lovely and all. It’s just that it’s knit side to side and there’s a huge color jump where I grafted both ends. 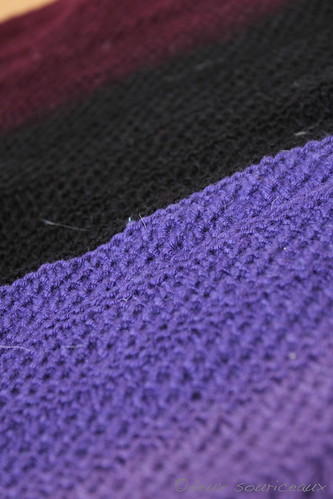 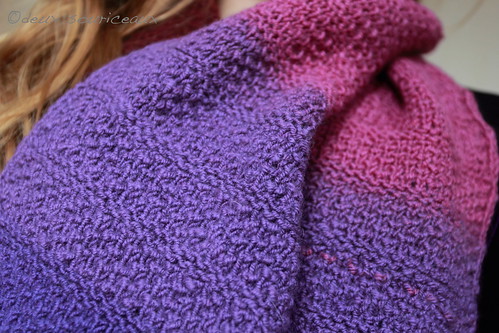 I probably done something knit in the round. Oh well. I’m not starting it over!

I made the laceweight version with size 4mm needles and just made it as long as I could. The purple end is much thicker than the black end. That happens a lot with me. I start my spinning thin and, as I get closer to the end, I slowly start spinning slightly thicker. It’s just em seeing that the end is near and wanting to make it go faster. The same thing happened in the yarn I’m using right now. (Another cowl that I’ll have E model for me. I’m completely in love with that one.) 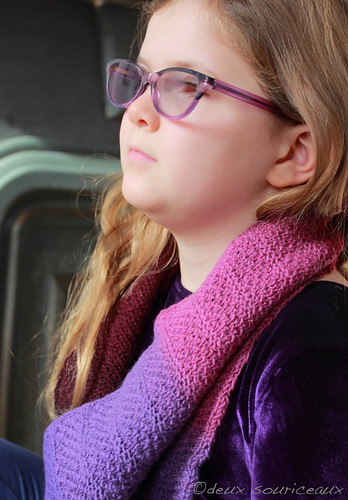 V could maybe wrap it twice around her neck. It would be snug, good protection against the cold. I don’t think I can. My plan is just to kind of fold it into my coat so it can cover my face and my upper chest. Maybe with a shawl pin if I can find it. 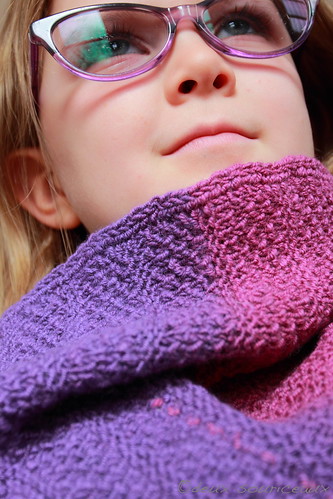 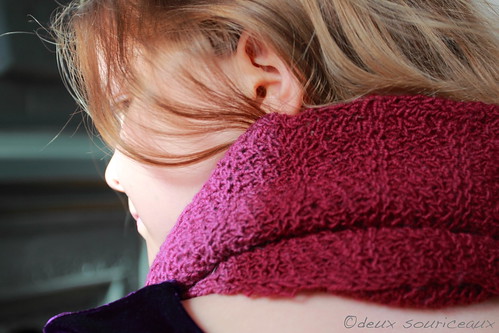 I had to take the pictures with my wide angle zoom (it goes to 40 mm and has a shorter focal length so I can get as close as with the 50mm). I tried my 50mm but the autofocus was acting up and I haven’t been able to master manual focus. I tried again when I was done and it was working again. 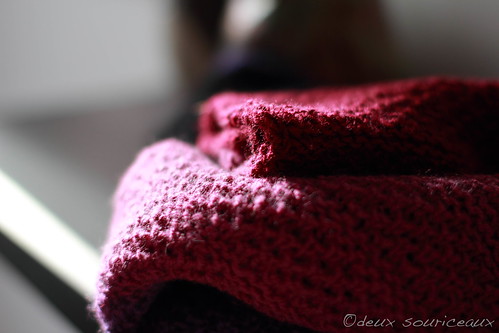 I’m worried about the lens though. It’s my favorite one and I don’t want to be without it! I know. I should send it in for repairs.