I have a new toy for my camera: an extension tube. Basically, it shortens your focal distance so you can get closer to your subject. I had these grand plans to play with it this weekend. I thought I’d work with it on Friday since I knew the weekend would be busy but I ended up having to run errands instead. I did give it a try but it’s harder to manage than I thought it would be. This is the best picture I’ve taken with it so far (it’s paired with my 50mm lens). 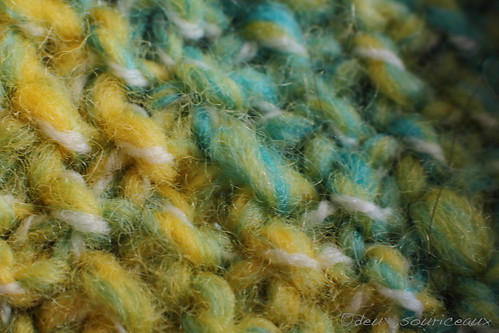 At least it gives a decent close up of my yarn all knit up. The yarn is my own thick and thin handspun. I loved it so much that I wanted to pair it with a pattern that would let me use up as much of it as possible. I started out with the Breezy Morning Cowl. I did like it but it wasn’t wide enough. I frogged it completely while M watched in horror as my time and work disappeared. I cast on wider (50 stitches) and switched to a seed stitch pattern. I loved it then.

I made it longer than the pattern said too, used a different buttonhole, and placed it a little further down on the cowl. So basically, not even the same pattern anymore. I reinforced the buttonhole with some blanket stitch and sewed on a button. Washed, blocked, done! 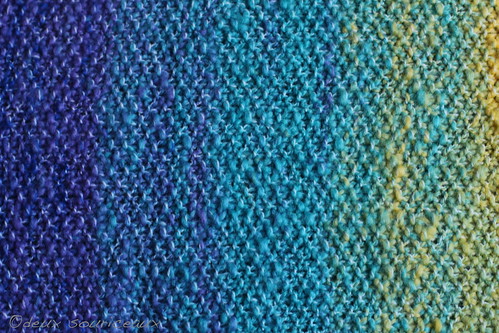 This doesn’t show the whole length but does give a good idea of the way the colors shift (it’s missing the dark blue at one end, and the darker yellow at the other end). 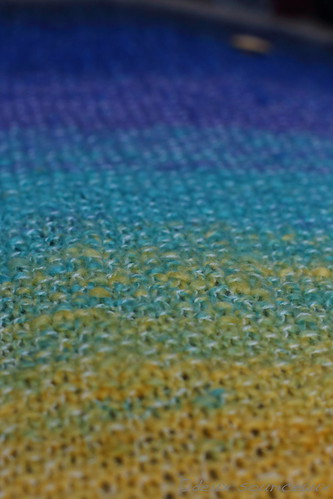 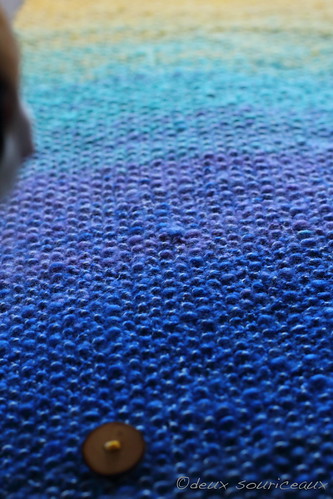 Just now, looking at the pattern, I realized they placed the button further down on the cowl so that it closes at an angle. I might change my buttons spot to do the same. Or not. I may also be lazy… 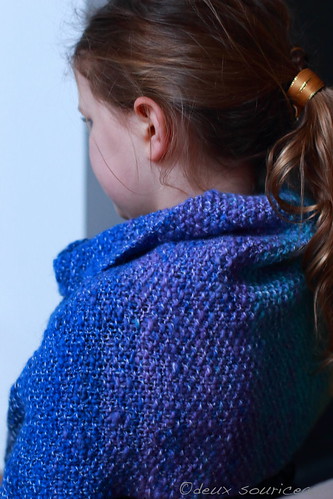 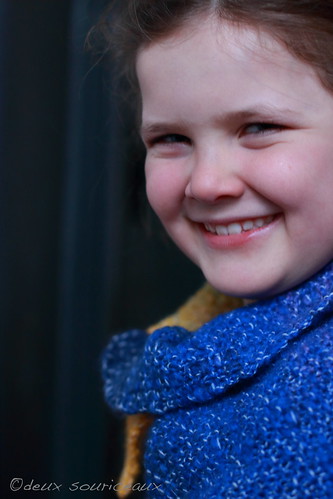 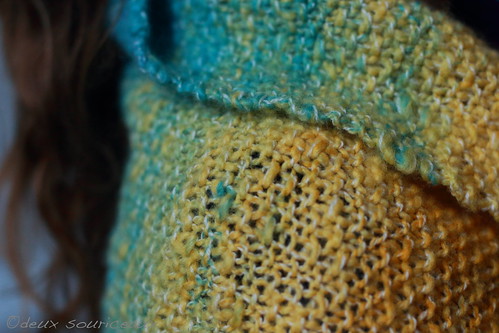 Pictures were all taken with the 50mm lens without the extension tube after that one picture. I would have taken more but was tired. It almost looks like a shawl on V but it really is just a squishy cowl. I tried it on M but it didn’t quite work like I wanted. I put it on and it was exactly right but I was too tired to deal with M taking pictures of me. So you get V being her cute self. 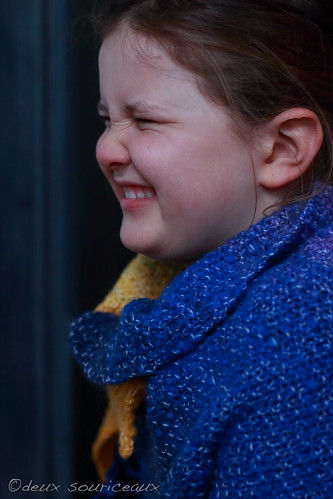