I mentioned last week that I bought an extension tube but I was having a hard time with it. Yesterday, I set out to understand it a bit better. I gathered a few objects: some of my jewelry and an orange. I cut the orange in half and V criticized me for wasting an orange. I told her she could eat it when I was done with it and she was actually excited! For an orange! You’d think she hasn’t been gorging herself on mandarins since December…

I also took out two lenses. The 50mm and 100mm. I meant to make comparisons between the two, sharing the same subject with the two lenses. I used the same settings for both lenses: ISO 800, 5.6 aperture, letting the camera choose the shutter speed. Comparing images only worked with the orange. However, I did learn a lot. The 50mm needs to be much closer to the subject to focus properly. That makes sense given that it had a shorter focal length without the extension tube as well. A little uncomfortable though because I feel like I’m almost touching the subject. 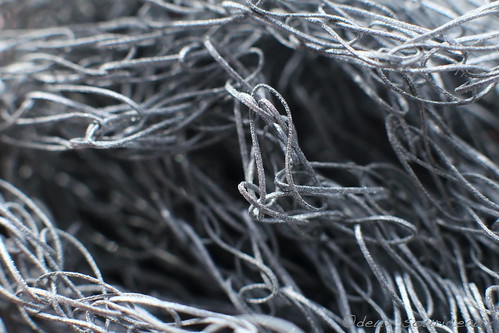 (Taken with the 50mm. It’s a necklace made of loops of, uh, glass I think? It’s super soft and it glows in the light.)

The 50mm is also much faster (it required shorter shutter times in the same lighting conditions) and has more depth of field at the same aperture. The 100mm had the same issues as before. Worse because the extension tube makes it longer. So camera shake is amplified. This is a lens that will require a tripod set up and loads of light. 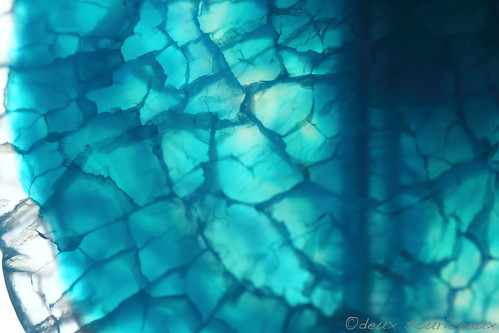 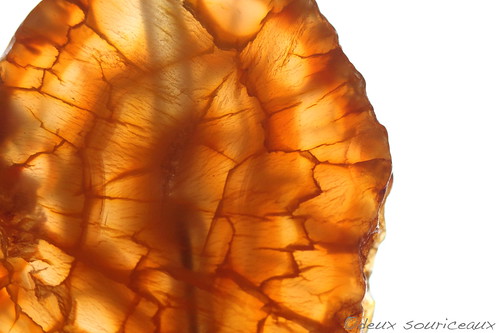 (Taken with the 100mm. These are stones or maybe “stones” on a necklace I bought in Greece. They look opaque on a table but became super interesting when I held them up to the window and let the light shine through.)

And finally, the orange. 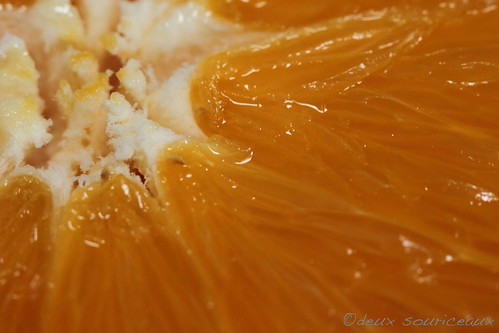 (Taken with the 100mm. Even though the lens was further from the orange, the image is closer. You can see how there’s less depth of field than with the 50mm below.) 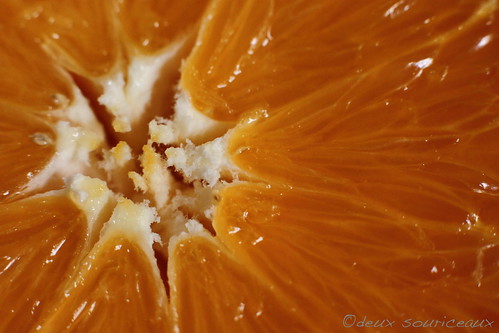 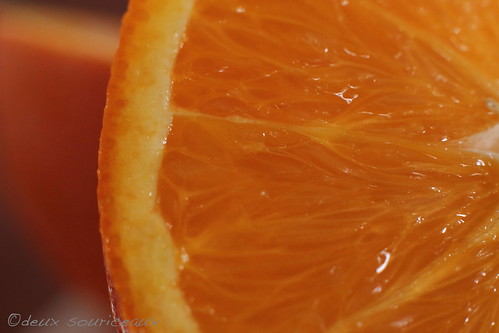 (Taken with the 50mm. I’d like to find a way to make the pulp’s pattern more visible.)

These aren’t the best pictures I’ve ever taken but I’m happy with this first try with the extension tube. Since it’s all Canon, I can use the autofocus. It’s slower and has a harder time but that’s okay. I might try manual focus anyway. Next step will be finding a subject that might look interesting from very close up and spend some time with it. With good lighting, a tripod, the whole thing. That’s always a challenge for me. I’m more of moving around, use what you’ve got photographer…