Ok, it’s actually a toque but it pains me to write it like that. I realize that it’s the accepted spelling but it will always be a tuque to me. Anyway…

When I went to Rhinebeck this year, I stopped at the Canon Hand Dyes booth and they are nothing if not masters at packaging their wares. They had made these boxes with the yarn for different projects and they were all so appealing! I caved and bought this box with two shades of dk yarn and a pompom to make a hat. The colors make me so happy. Love that blackened purple and the the speckles on a light greyed violet.

When I got home, I searched for a pattern. I settled for Kaarre, a free hat with a cool stitch pattern on the body. The pattern is simple and well written. I kind of wish the stitch pattern continued through the decreases. But then I didn’t even try to figure it out myself so it mustn’t have been that important to me. The pompom hides most of the decrease rounds anyway… 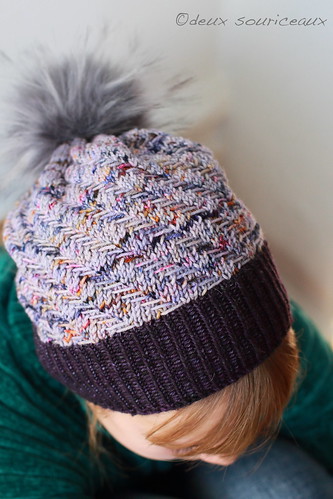 I used the dark color for the brim because it was more flattering on me. There was a smaller amount of it as well so it wouldn’t have worked for the whole body. I wanted to use as much of it as I could so I knit the twisted ribbing as far as the yarn would let me. So the brim is longer than the pattern says. I also knit the body about an inch longer before moving into the decreases. To be sure it would be slouchy. I don’t like when toques stick up above the head. It should be close to the head like a beanie or slouchy. (For my tastes of course.)

I think I pulled my floats a little tight. I’ve got a 3D effect going on. I love it like that though. 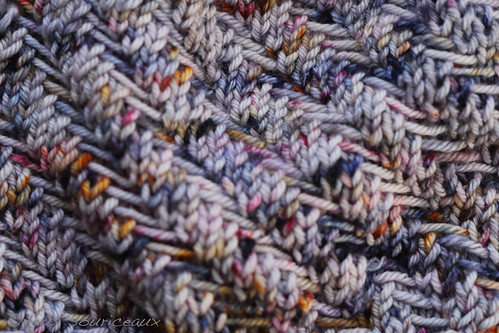 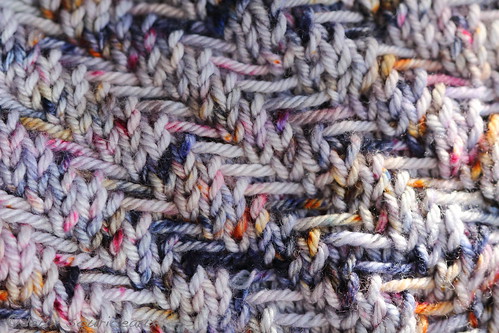 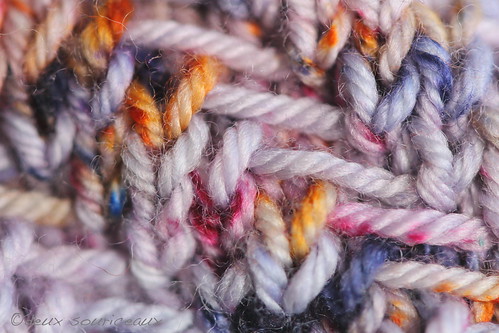 I tried to get V to model but she refused. She’s the first one I tried the hat on when it was done and she looked adorable in it! Her hair was down and she looked like a little skater girl. Doesn’t matter. E was my trustworthy model and it doesn’t look half bad on her either. I think it would look pretty good on M as well. 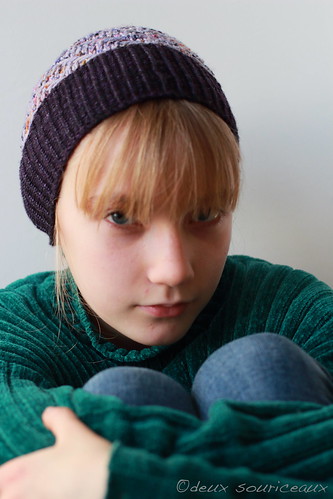 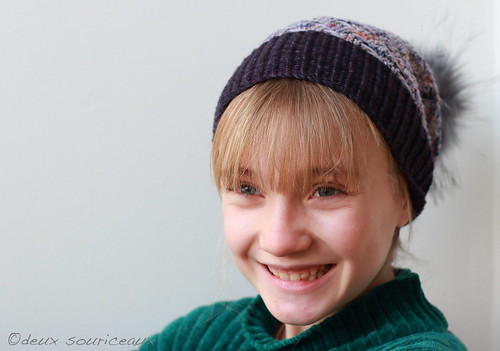 (A rare smile. She smiles more in real life than in pictures.) 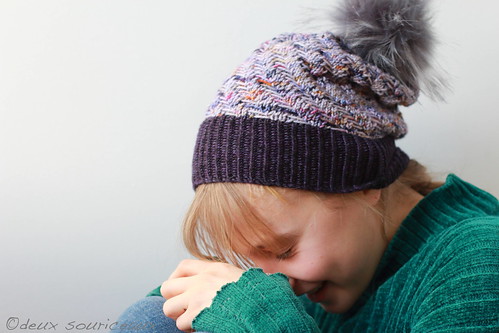 (Laughing at me for some reason. That happens a lot.)