Last weekend, I gave in and went for a walk in Prospect Park. At 7AM, so actually later than I’d been planning on. The park has areas where dogs can run free from 5AM to 9AM. Also some evening/night hours but I prefer mornings. Later, there are more people out and about whereas mornings are quiet. Even without the necessity for social distancing, mornings are just more my speed. When I can manage to get up, that is. Waking up early isn’t the issue. It’s the getting out of bed and dressed that I struggle with on weekends…

Anyhow, I made it out of the house just after 7. I was hoping for some fun, happy, running dog pictures. I’d forgotten I would feel a little like a creep taking pictures of other people’s dogs from afar… But there were birds too! 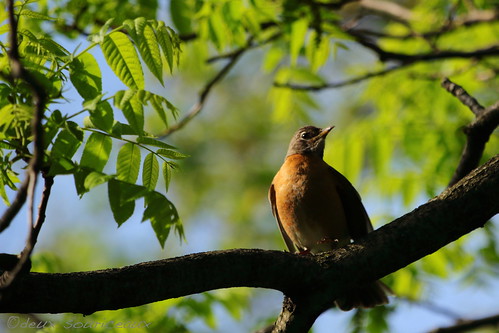 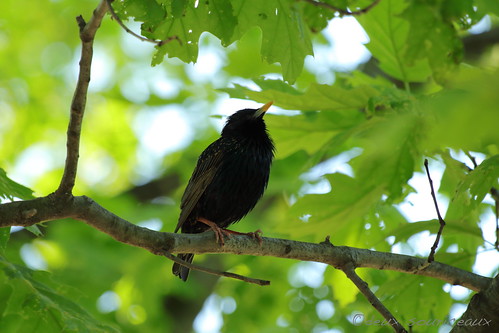 The robins were hopping all over the lawn, trying to rustle up some worms. I was reminded of a school outing with V. We’d had a tour of the park with a ranger who’d explained about the robins stomping around. He’d also explained why we don’t remove anything from the park after showing us all that lived inside a dead tree stump… 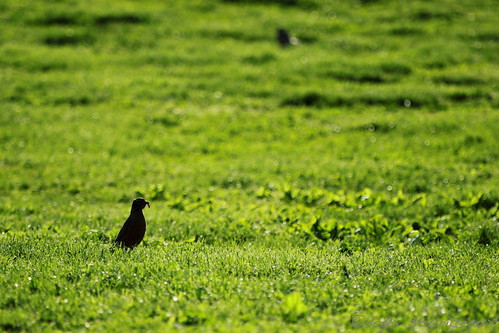 And then, there were also some flowers. Very useful to make myself feel less creepy. 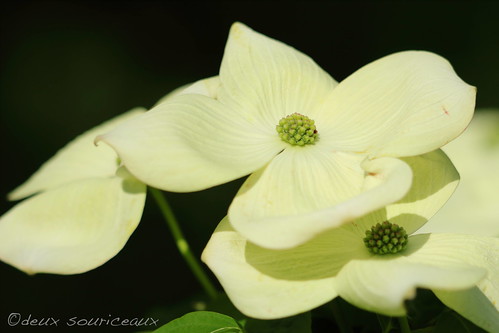 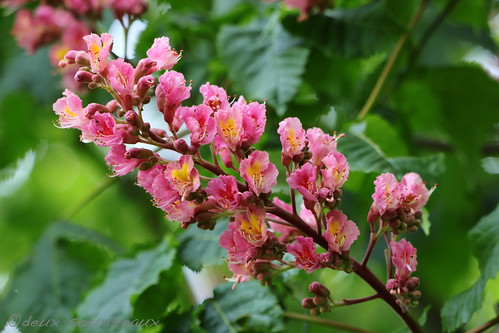 I did take some dog pictures, trying to be subtle. I hadn’t taken the time to adjust my ISO to make my shutter speed faster so some of them were a little too blurry. But I did get some that I liked. 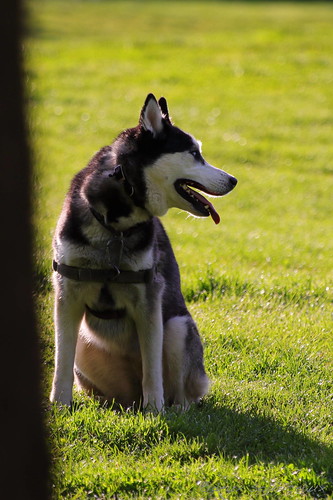 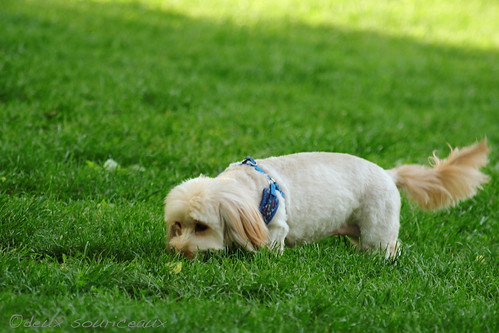 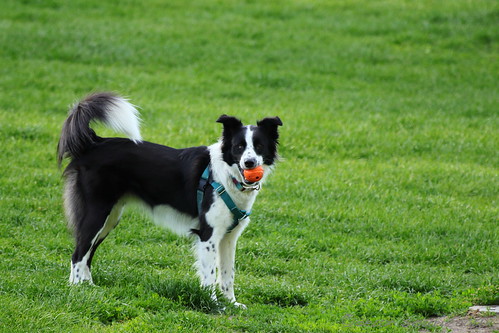 Realized that a lot of dogs see you crouching and interpret that as “Come here”! Hence this mildly blurry picture of a very friendly young one running toward me. 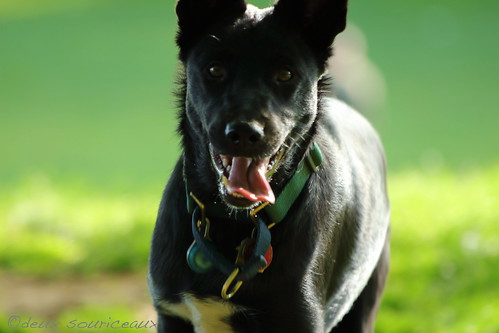 It’s my favorite. And he gave me a doggy kiss.