I’ve decided to try to get myself to Prospect Park once a week, as early as possible. It’s not as busy then and there are more opportunities to see some wildlife. This time (a full week ago), I managed to get myself going at about 6:30, maybe? Earlier than last week but not super early. I went through the woods and lived through the frustration of very loud invisible birds. Looking straight at where the noise is coming from and seeing nothing but green leaves.

So I pretended to be content with an adorable squirrel having breakfast and water. 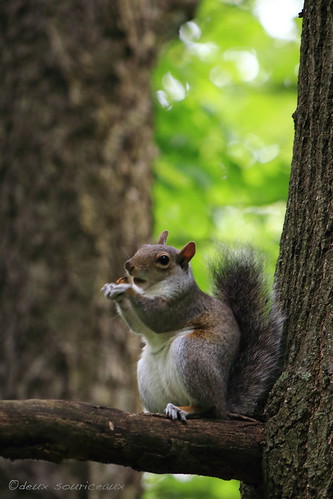 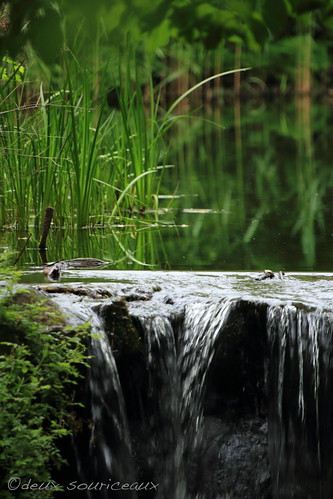 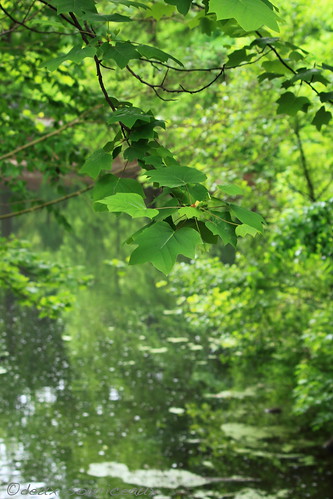 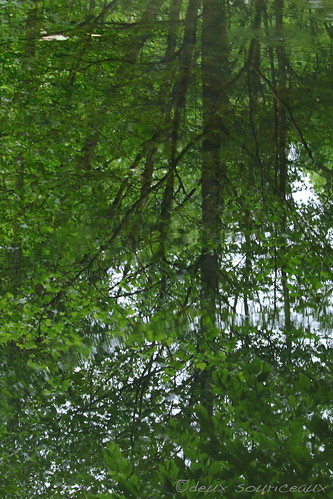 I made my way to the boathouse and kept walking along the water toward the lake. Saw the cutest little family in the water! 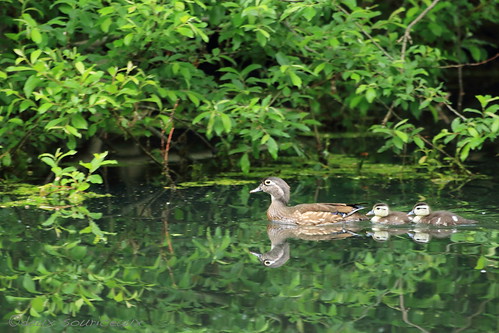 The picture isn’t as sharp as I would like. They swim fast! I didn’t have any time to do any adjustments (needed to bump up the ISO). Soft picture is better than no picture and besides, the softness does not take away from the ducklings’ cuteness at all. 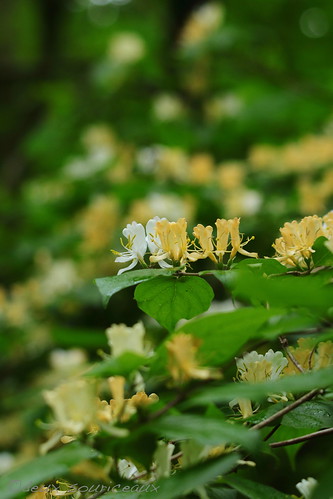 I passed some, water lilies, is it? Not open yet. I meant to go back this week to see if they were open but went to another area instead. Hopefully, if I can make my way there next time, I won’t have missed their bloom. 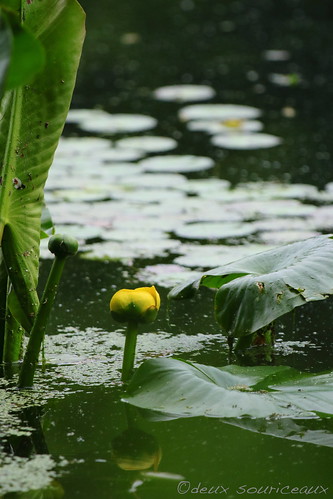 This little one was chittering away at me instead of running away like chipmunks usually do. I may have been close to the nest or something. I took my time getting a picture and left it to its own devices. 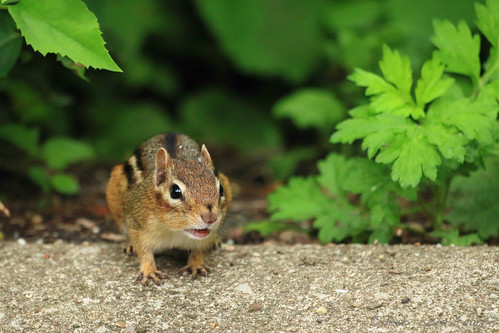 A cardinal landed in my path but a runner was coming that way. I was worried the cardinal would fly off but the runner must have seen me crouching and stopped until I was done. So my thanks to that runner who will probably never see this. 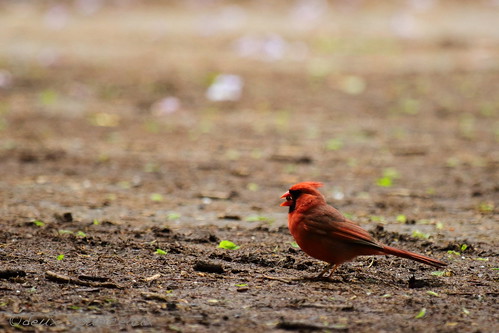 I’m still having a hard time getting out the door this early on weekends but I’m loving the quiet, having the park almost to myself. I’ve been needing this.