My early Sunday morning visits to Prospect Park have almost become a ritual. Getting up so early is hard. I just want to sleep in a bit before the week starts. But I also know that these walks have become essential to my mental and physical health. I get some fresh air, some exercise, and some quiet. I get to remove my mask and breathe normally (I put it back on when I cross paths with someone). I get to stop thinking about school stuff, V not doing enough of it and E doing too much of it… I get to listen to the birds and crane my neck to try and spot them through the trees. I don’t usually get to see them through all those leaves. But they make so much noise! 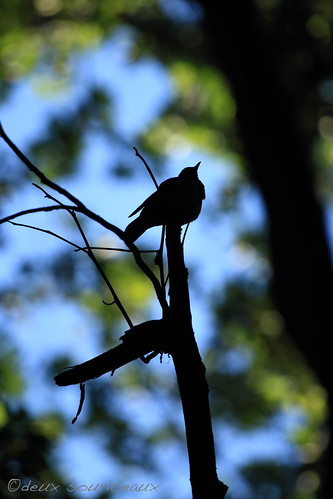 I get to admire that early morning sunlight. It’s my favorite time of day and I wish it would last longer. The calm, the whole day ahead of me, the potential of it. The way the animals own the place before the humans show up. 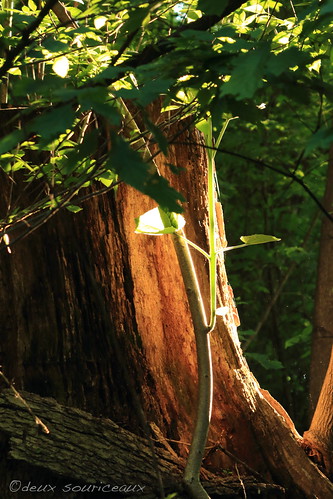 I struggle to capture the beauty of that light. It always seems so faded and cold in my pictures. I try to edit it back into its glory but it doesn’t quite work.

I walked back to those yellow water lilies. Still not open. Unless they only open up for the Sun? This early in the morning, they’re kind of in the shade… The ducklings are still there, growing. 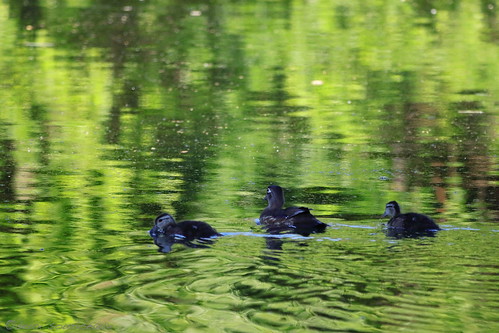 And with the weather warming up, the turtles are coming out earlier too. 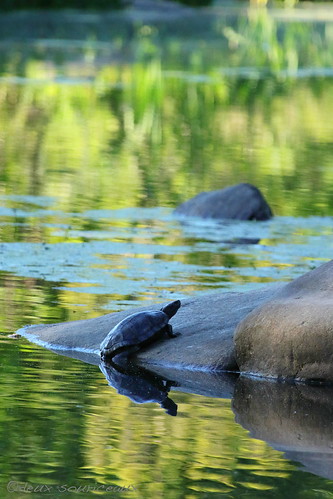 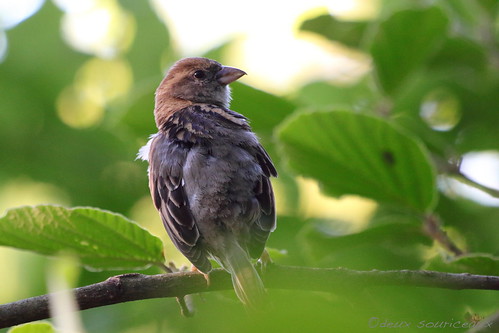 Less than half my pictures work out each week. They move fast! There’s this one spot, the bridge next to the boathouse. Barn swallows live there. You can see them flying that typical swallow flight. Way too fast to catch even just a blur. There was one resting on a rock last week. I didn’t have the best angle to take her picture but I did what I could. Isn’t she beautiful? 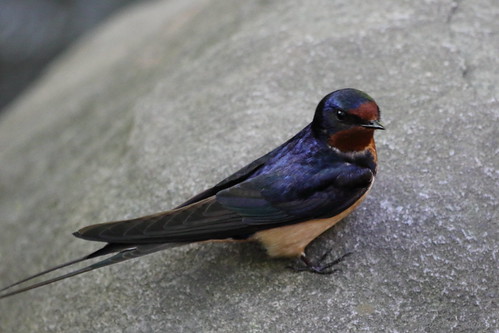 She might be a male, I wouldn’t know. But these birds are called “hirondelle” in French and it’s a feminine word so I say “she”. And she was so beautiful.

I’d planned on going by dog beach on my way back but changed my mind. It wasn’t 8AM yet and it was already getting a little too busy for me with all those people walking their dogs. 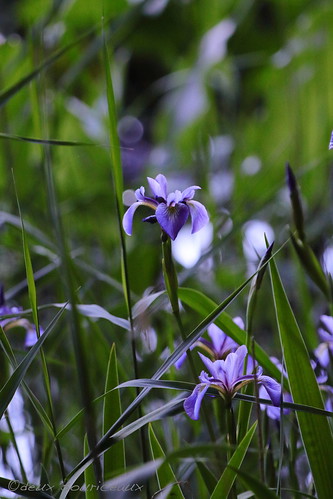 Waking up early, while hard, is most definitely worth it.