Back in the time when we could travel, we went to Greece. We went on a boat excursion around Santorini and stopped to go snorkeling. There were so many fish! And the girls on the boat with us had GoPro cameras (that they’d borrowed from their parents). And I wanted one so badly too. Waterproof housing for a regular camera is expensive. The GoPro is small and light and waterproof on its own. So I got one for Christmas.

I used it first on a walk in the woods on Christmas day. I had it set to wide angle and it was so wide that the trees curved. I did get one picture I loved that I wouldn’t have been able to get with my dslr. 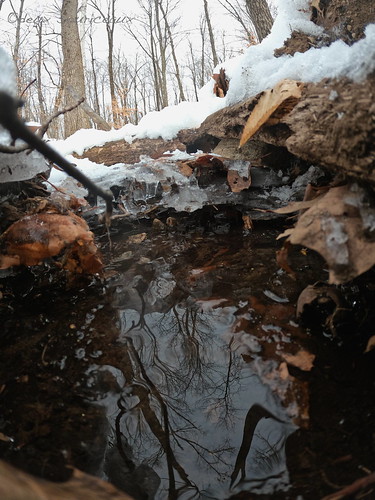 I had to lie flat on my stomach and lower my camera into a narrow space.

And then, I didn’t use it for a few months. I was going to bring it with me during our Summer travels but those plans were cancelled. No flying. I did eventually order some accessories for it. With beaches reopening, I was going to be around water. There isn’t any snorkeling to be done at the beach we go to but the crashing waves could provide some fun pictures. My order hadn’t arrived when we went the first time (July 3) so I was hesitant to really go in the water with it. What if I dropped it? 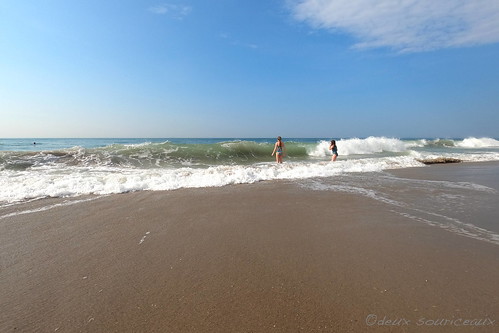 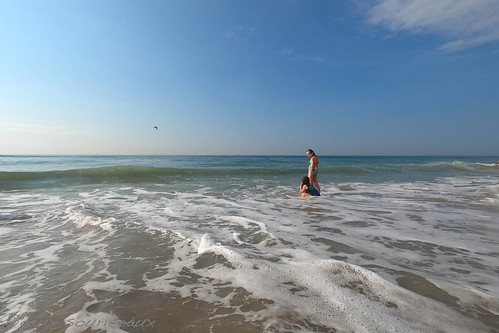 Loving the quality of the images though…

My order arrived that evening, of course. So when we went back on the 5th, I had a bright blue sleeve with lanyard on the GoPro and a stick thing with an orange floaty end. 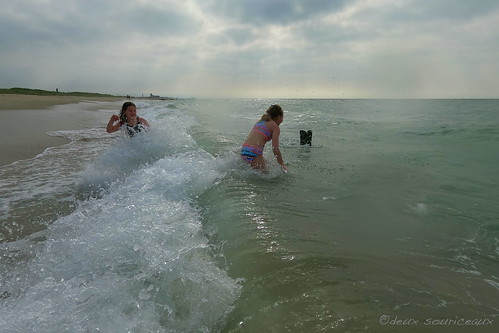 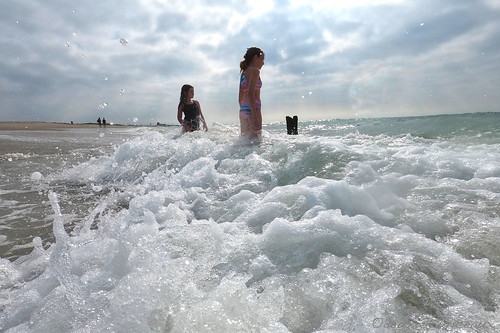 I’m not used to a waterproof camera so my kids laughed at me so hard when I lifted it up to protect it from the waves. The stick thing allowed me to take a decent selfie. Not great because V has a weird smile and E has that face swelling but decent. 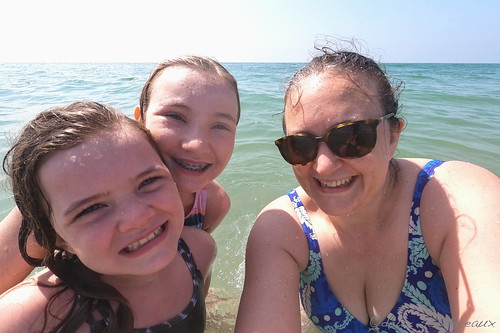 And then, last week, we went to one of those ropes courses with ziplines. Such a great activity for these times. Outside, naturally distanced, and so much fun. I’d ordered a “chesty” so I had the camera strapped to my chest. I got some videos that I’ll have to put up on Instagram. And a couple pictures. 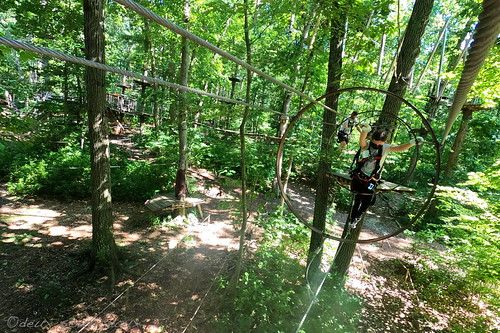 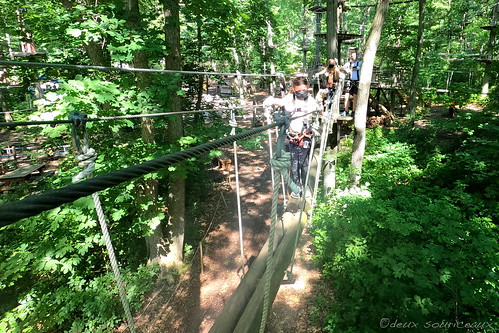 My pictures are nowhere near as impressive as the ones featured on the GoPro website but they make me happy. It’s such a great little adventure camera. The only thing I don’t like is how fast the battery is drained even if the camera is turned off. It might be a good idea to actually remove the battery when it isn’t in use…