The last of the vacation pictures! Definitely didn’t take as many this year…

I know I mentioned that red band in the sky right before sunrise. When my camera refused to turn on… (By the way, said camera is acting like nothing ever happened now.) I took a picture with my GoPro so I would at least have one. The colors aren’t quite right and since I get JPG pictures from that camera, I’m not quite as good at editing it (I usually edit the raw image). But it still gives an idea of what I saw. 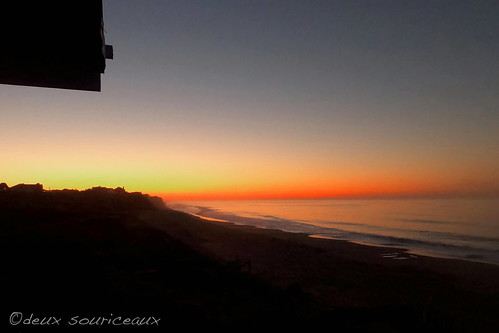 I brought the GoPro for beach pictures but it ended up being fun in the pool as well. I handed it over to the girls one day when they wanted to stay in the pool but had run out of games. They struggled a little. The thing is, as you take the camera in and out of the water, the transition sometimes acts like a swipe on the screen. So they would have it set to photography but it would switch itself to filming. But they each got one fun picture. 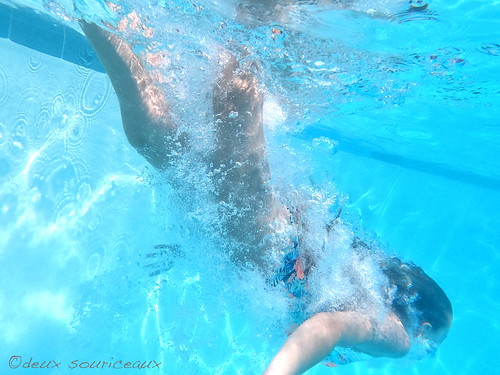 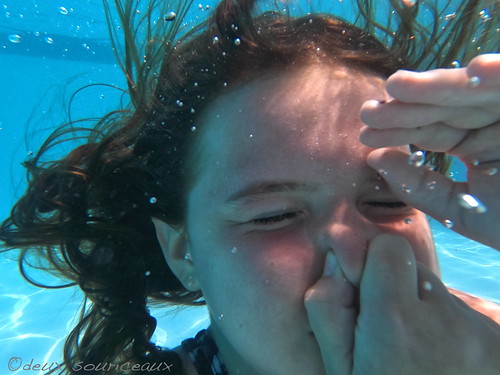 The next time we were in the pool, I gave it a try too. But the girls had new body boards so they wouldn’t jump for me. Still, I enjoyed being able to take pictures from the pool. Would love to try again when we get to a pool again someday. 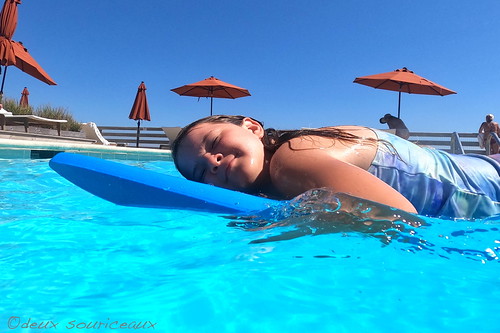 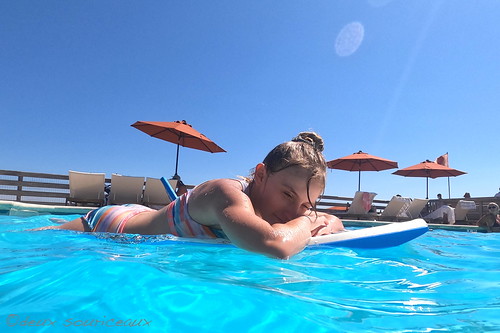 Then, of course, I took some beach pictures. The waves were much stronger in Montauk than in Queens. There was no way I could wear my sunglasses so I was squinting a lot and couldn’t quite see what I was doing. I also had a few issues with water on the lens messing with images. 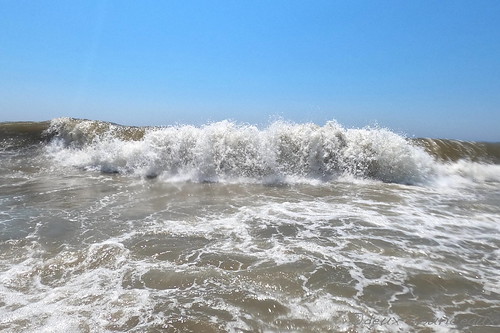 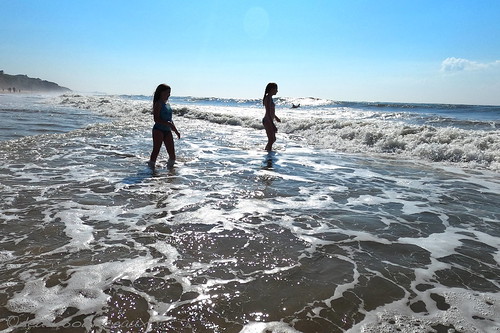 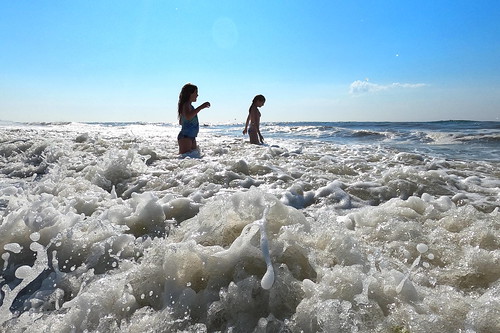 I stopped trying to get pictures pretty fast because the waves were seriously knocking me around. The last time I went, I got hit by a huge wave and ended up with a scraped up thigh. Still, I look forward to more practice. I just love this new point of view.